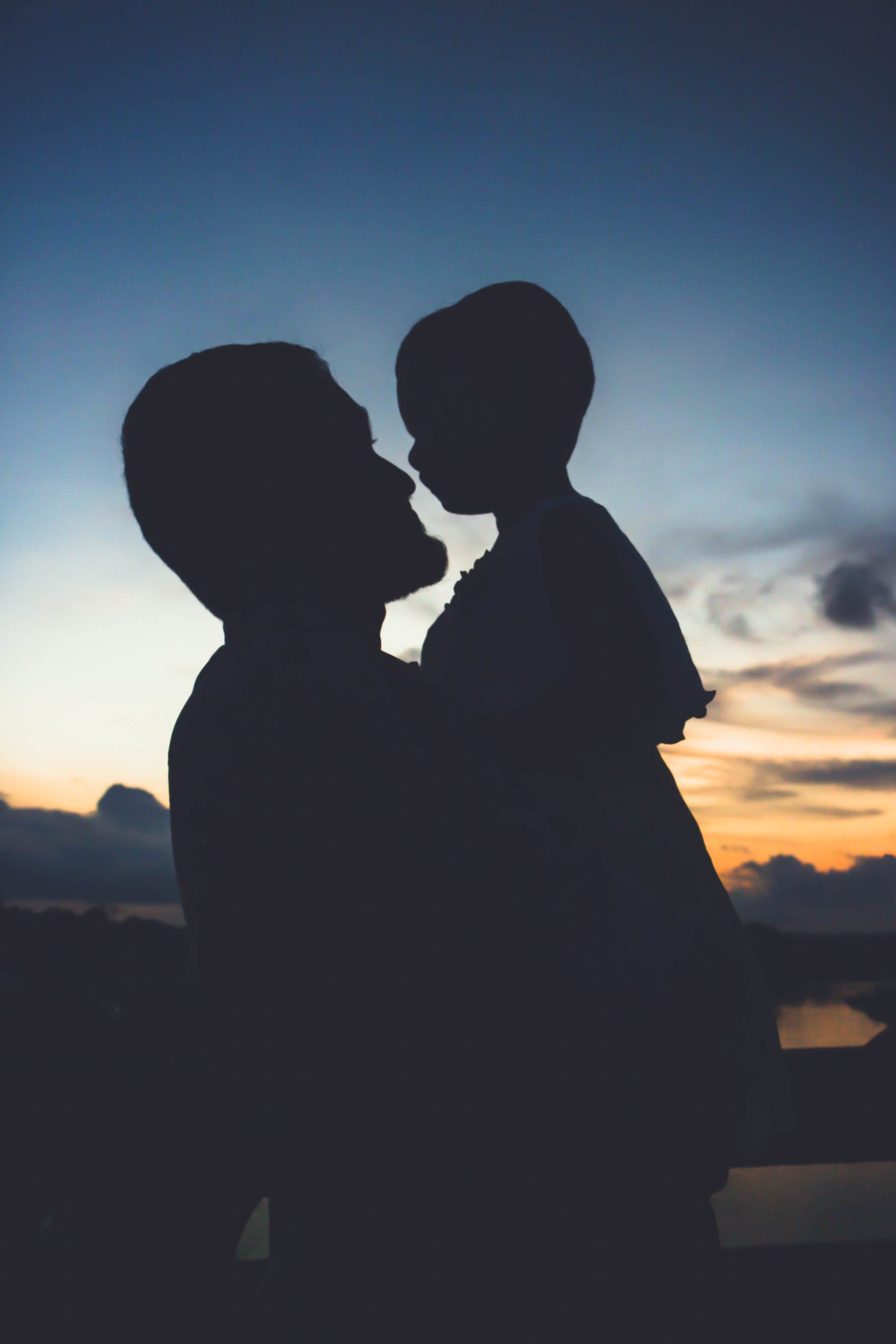 A few days ago, I received a message on WhatsApp from one of the readers of this blog looking for help.

In the middle of the conversation came the topic of, how our image of God affects our relationship with him.

As I study the gospels, I think one of the most revolutionary themes that Jesus presented to mankind was that.

I would like to present this topic from the perspective proposed by one of my favorite stories in the Bible.

That of the prodigal son.

As you read it, I would like you to reflect on what the children’s image of the father was, and how that image affected the way they related to him and also to each other.

Jesus continued: “There was a man who had two sons.

The younger one said to his father, ‘Father, give me my share of the estate.’

So he divided his property between them.

“Not long after that, the younger son got together all he had, set off for a distant country and there squandered his wealth in wild living.

After he had spent everything, there was a severe famine in that whole country, and he began to be in need.

So he went and hired himself out to a citizen of that country, who sent him to his fields to feed pigs.

He longed to fill his stomach with the pods that the pigs were eating, but no one gave him anything.

“When he came to his senses, he said, ‘How many of my father’s hired servants have food to spare, and here I am starving to death!

I will set out and go back to my father and say to him: Father, I have sinned against heaven and against you.

I am no longer worthy to be called your son; make me like one of your hired servants.’

So he got up and went to his father.

“But while he was still a long way off, his father saw him and was filled with compassion for him; he ran to his son, threw his arms around him and kissed him.

“The son said to him, ‘Father, I have sinned against heaven and against you.

I am no longer worthy to be called your son.’

“But the father said to his servants, ‘Quick! Bring the best robe and put it on him.

Put a ring on his finger and sandals on his feet.

Bring the fattened calf and kill it.

Let’s have a feast and celebrate.

For this son of mine was dead and is alive again; he was lost and is found.’

So they began to celebrate.

“Meanwhile, the older son was in the field.

When he came near the house, he heard music and dancing.

So he called one of the servants and asked him what was going on.

‘Your brother has come,’ he replied, ‘and your father has killed the fattened calf because he has him back safe and sound.’

“The older brother became angry and refused to go in.

So his father went out and pleaded with him.

But he answered his father, ‘Look! All these years I’ve been slaving for you and never disobeyed your orders.

Yet you never gave me even a young goat so I could celebrate with my friends.

But when this son of yours who has squandered your property with prostitutes comes home, you kill the fattened calf for him!’

“‘My son,’ the father said, ‘you are always with me, and everything I have is yours.

But we had to celebrate and be glad, because this brother of yours was dead and is alive again; he was lost and is found.’”

In this story, the figure of the father represents God, and the children are human beings.

I would like to make a few remarks about each child.

About our relationship of trust with God

Think of the first child, there is a reason why he decides to dishonor his father by claiming his inheritance and go away from his side.

This type of behavior is common among us young people.

The idea that somehow there’s something our parents don’t understand or don’t know about life.

The idea that their advice, their life prospects, are not valid, and that on the contrary, are restrictive and inconvenient for us.

From that perspective, that son probably made the decision to leave away from his father because he didn’t trust him.

He didn’t understand that his father wanted the best for him and that what he was trying to do was helping him live in the best way.

From the day Eve decided to eat the fruit that God had told her not to eat until the present day when we do so many things that God in his love has told us are not good for us.

And as that son did not trust his father, we distrusted God’s wisdom and love.

About our understanding of God’s mercy and forgiveness

Another point I’d like to make about that son is that when he repents and decides to go home, he thinks what he did was so wrong that there’s no way his father will receive him.

The only possible way is for him to become a servant of his father.

That son did not understand that his father’s love was unconditional and that it did not depend on what he did or did not do.

Likewise, you and I may think that God’s love is conditional on our performance.

That somehow he can’t completely forgive us all that we’ve done, and that makes us hesitate to go back to him, or if we decide to go back we can’t consider ourselves his children anymore.

About our understanding of God’s love and our performance

Now, think about the second son.

I’d like to also make some remarks about the image he had of his father.

Note that this son did not understand his father’s heart.

For him, it was unusual for his father to receive his brother with such a party after what his brother had done.

From his perspective, that father had to treat his son as someone outside the family because of his mistakes.

It was this image of his father as someone relentless that motivated him to stay by his side.

That idea motivated him to obey and the reason why he went to work every day.

Sadly, he lived with his father but did not know him and did not relate to him in the right way because he thought that his performance was what guaranteed the fidelity of the father.

In the same way, we also err in thinking that, it is our obligation to gain God’s love through our performance and that interferes with our relationship with him.

Fear motivates us in obedience, but not in love and unity.

About our image of God and our relationship with others

The image the oldest son had of his father also affected the relationship he had with his brother.

Grace and mercy are fundamental pillars of the kingdom of God in which we cohabit.

If we do not understand that God is a loving father who delights in mercy and grace toward us, we will not be able to extend that grace to our fellow human beings.

Now let’s think about the father of the story, who Jesus says represent God.

What is the right and true image of God?

The first thing we see in that father is that he lets his children be free.

He does not compel or intimidate to provoke obedience.

His son wanted to leave with his father’s property, and with pain his father allowed it.

Another important observation is that, in this story, the father waits for the son, looking into the distance, perhaps as every day, and one day he finally sees him return.

Seeing him return, he does not wait for the son to arrive but, raising his clothes, runs out to find him and help him return home.

On the contrary, he hugs him, kisses him, and rejoices.

He covers his appearance of shame and restores him as a son.

Furthermore, we can see how in the story, the father also goes in search of the second child.

Instead of behaving with him roughly, he goes and looks for him to persuade him to come into the party, and not only that, but he begs him, begs him to come in.

Jesus presents the eternal father, God, as such a loving father, devoid of pride and vanity.

That out of love for us, he is willing to seek us out and desperately insists that we get out of our mistakes.

Dear reader, what image do you have of God?

Is your image of God this, the one that Jesus presented so many times?

If it isn’t, can you imagine how much you’re missing out on life?

Can you imagine how much harm you are doing yourself by not understanding the father’s heart?

That you can begin to trust him and hope for the best from his hand.

What do you think? What has been your image of God, and how has that affected you in life? What is your experience? Share in the comments.